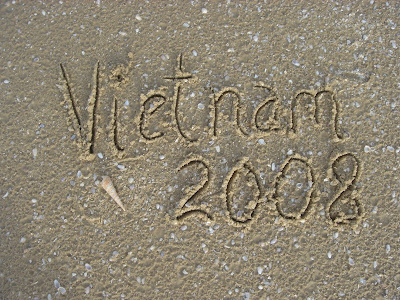 Just a few pictures from our trip to Vietnam this month. 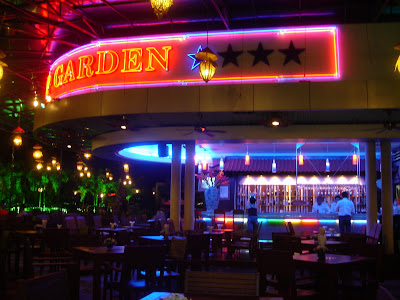 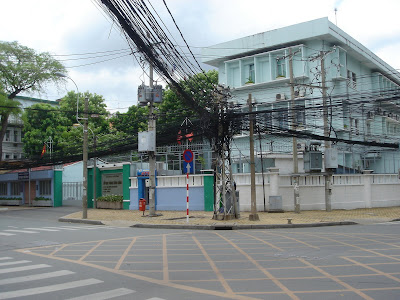 The power lines in Saigon are all above ground. We saw one guy working on them with his bare hands!!! Yikes! 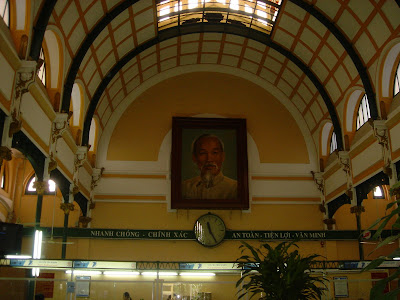 I thought this photo was pretty funny because of the giant picture of "Uncle Ho"... as far as I could tell, nobody was really happy with the whole communist thing. They pretty much live in grinding poverty, which is a shame because they are very industrious people. I guess their leaders live well though. 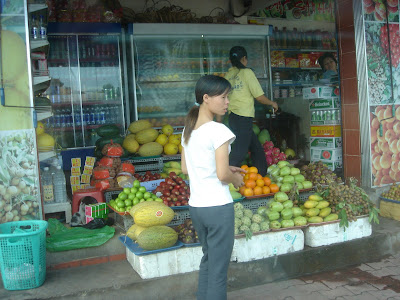 We tried all kinds of interesting fruit. Fruit which I had no idea even existed! 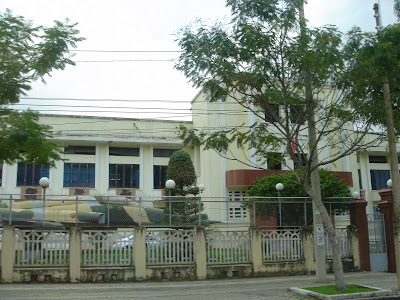 The old US Embassy has been turned into a war museum - dedicated to the atrocities committed by the Americans, Japanese and French... Not a word about those committed by the communists. Hmmm... We skipped that particular site. There was one retard Anglo roaming around Saigon with a "Ho Chi Minh" T-shirt on. Moron. 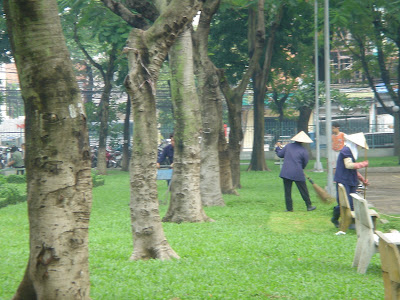 I just thought this picture was interesting because they do almost everything by hand, including raking and trimming hedges, etc... They do have the motorized, push lawn mowers:>D 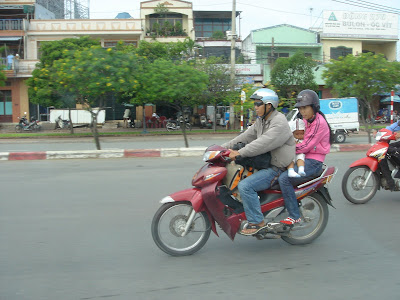 There were lots of motor scooters! I thought this photo was cute. The baby was sound asleep. I'm not sure how safe it is to ride without a helmut though.....
Posted by Eyes at 11:11 AM

A sidehack with a car seat, maybe? LOL!

Great pics and descriptions, Eyes! It is one helluvan opportunity.

Hi Brooke, yes it was... I would consider going back, but only on a tour type thing... to see all the sights from Hanoi to Saigon. Now I can say "I was in Nam" LOL!