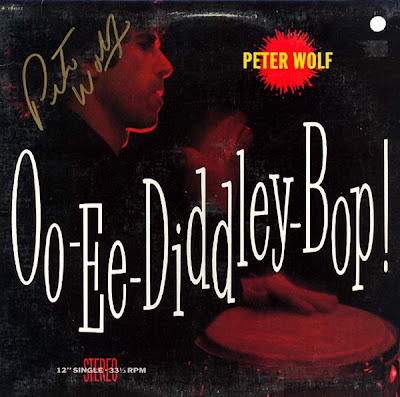 Hat tip: AC
.
"Hey, ho, diddley-bop
I wish I was back on the block
Bo Diddly, Bo Diddly where you been?
Round the world and back again. "
.
Certain things stick in your mind, but get muddled as time passes. If you ever saw "Blue Lagoon", it showed a good example of this. The kids remembered bits and pieces of old songs and stories. The above is something I was trying to remember from Basic training, and AC remembered it! We would march around sort of 'singing' this song... also the C-130 song from a previous post. When I first arrived at Basic, I was horrifed by the heat and 'in your face' behavior of the TIs, but by the end I had nothing but admiration for them (the TIs that is:>)).
.
btw, the mystery of the carnage at the park was solved. Mr Eyes examined the remains (being an ex-trapper/hunter) and said it was probably a local resident who enjoys the taste of fresh Nutrea. Actually, Farmer John guessed this also:>)

Glad your mystery was solved, Eyes! As I said on the previous post, I didn't have a clue.

As for "Oo-Ee-Diddley-Bop!" although I can see how that would be catchy, I've never heard it. Okay, what can I say? I'm "clueless"! LOL!

Yikes, you don't want to go barefoot in that park ;-)

Just one more thing for Cube.... When you live in Texas, you don't go barefoot anywhere!

When they bite, they leave a welt with a sort of white head, then after that's gone, you have a bruise for about 6 months.... and that's just one of the little buggers... and they're about the size of a flea... okay a bit bigger... but small all the same.

Glad I could help. We used to call these marching songs "Jodies".
I think the one I remember best started:
I know a girl who lives on a hill
She won't do it but her sister will
I don't know but I've been told
Eskimo ***** is mighty cold

I ran into a former DI years after boot camp and was amazed by how much of a regular guy he really was.
But back in boot camp, he put the fear of God into you.