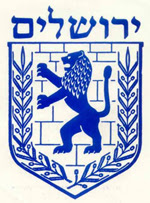 I picked this WND article up via a link at CUANAS, and think it really covers the reasons American Christians support Israel:


Why do American Christians support Israel so loyally and enthusiastically?
.
1. The strong evangelical church in America can read the Bible and see that the Jews' only historic home is in Israel.
2. Most Christians understand that Jesus was a Jew who lived in a Jewish state, albeit one under the colonial rule of the Roman Empire.
3. They understand that God chose to reveal Himself to the Jewish people and the nation of Israel.
.
4. They don't see a nation of Palestine mentioned in the Old Testament or New – with good reason: It never existed before or since, except in the imaginations of people like Yasser Arafat.
.
5. They believe God made certain promises to the nation of Israel and that today's Jewish state is a manifestation of those promises.
.
6. They understand that their Holy Scriptures indicate God will bless those who bless Israel and curse those who curse it. They don't want to be on the wrong side of that spiritual equation.
.
7. They understand their own salvation, in the person of Jesus, chose to come through the House of David and minister principally to the Jews.
.
8. They grasp that the Jews alone – with the help of God, of course – have made the deserts bloom in that Holy land, just as the prophets predicted.
.
9. They comprehend that the Jews alone formed a free society in the Middle East.
.
10. They can see that Israel has been an ally to the United States and a friend to the free world throughout its 50-year history of rebirth.
.
http://www.worldnetdaily.com/news/article.asp?ARTICLE_ID=30690

Someone also said once that they vote with the US at the UN 91% of the time. The next closest country is Australia, at 58%. Obviously #9 and #10 can be grasped by even the simplest fool, and are not based on theology, so I usually use them when debating non-Christians (especially #10 because of the tons of examples to prove that particular point).
Posted by Eyes at 9:17 AM

All is not as it seems. Don't be so easily deceived by the "obvious" answers to bad questions.

Hi Brooke, Ya, I've read some of that particular NW's stuff. I think he comments at Joel Rosenbergs blog. Not someone to be confused by any facts.