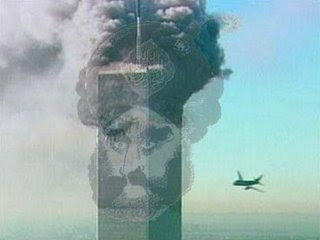 This is too funny! Unfortunately,,,, real. So, say "Goodby" to NASA in the utopian caliphate.

Bwahahahahahahahaha!!!!!!!!!!!
And they think they are soooooooo advanced? Excuse meeee! I think it's along the same lines as the sun sets in a mud puddle, and satan lives in your nose... LOL!
The illogic and silliness of their musings is risible!

that's too much - in labor the doctors tell you, if you must, to lie on your left side (where most peoples' hearts are...) as it it makes circulation and labor easier.

gee - who knew their hearts were misplaced?!?

Hi Brooke, It is funny isn't it? There's nothing worse than a person with an IQ of 70 who thinks they know everything.

"In Mecca, you don’t exert any effort."

Because heads just fall off by themselves.

Hi U, ...and from the looks of what ideas are brewed up in the heads.. it's no great loss!

Heck, they may still roam around for a few hours looking for their heads! LOL!
As a bio major with a little master's level courses...they are really hilarious!

I've heard chickens do that...

The chickens have a better excuse! And it's only for a few minutes, but they can!

tmw
Nanc-There is a large vein that runs down your trunk, if you lay on your right-side while pregnant, and sometimes your back, youcan cut off circulation which causes fainting and nausea!

eyes? labor is ugly no matter WHAT you do - i prefer c-section, having had one and the other two natural.

I had c's for both, the second was planned, so I got a good night's sleep, and recovered faster!

I think there's several conversations going on at once... No?

funny how that happens!

Blogs are somewhere between telephone conversation and email...